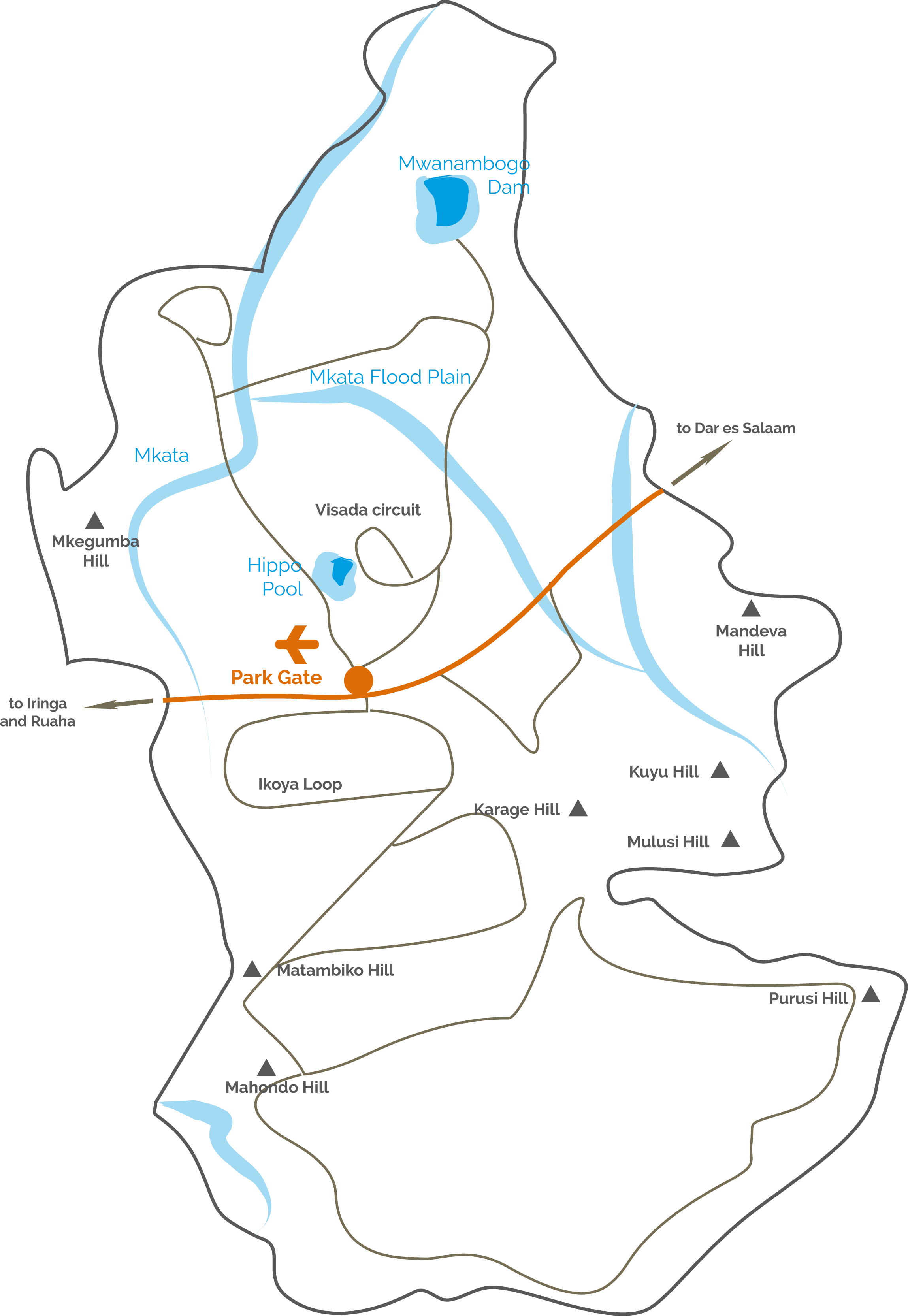 Sharing a common border and ecosystem with Selous Game Reserve on the south, Mikumi National Park is only three to four hours drive from Dar es Salaam, lying along the main highway to Zambia, and the way to other National Parks; Udzungwa Mountains, Ruaha and Kitulo. The main feature of the park is the Mikumi flood plain, along with the mountain ranges that border the park on two sides. Open grasslands dominate in the flood plain, eventually merging with the miombo woodland covering the lower hills. Mikumi National Park covers an area of 3230 kmq, and is rich in wildlife including buffalo, wildebeest, zebra, lion, elephant, impala, hippos, baboon, giraffe, warthog, waterbuck and eland which can be viewed throughout the year. Reptiles including crocodile, monitor lizard and python are also resident in the park. Other animals that can be seen although rare are the Sable Antelope resident in the southern part of the park bordering the Selous, the Greater Kudu, leopard, and the wild dog also known as the African Hunting Dog. Over 400 bird species have been recorded, including European migrants during the rainy season. Mikumi National Park is one of the common itinerary sold from Dar es Salaam for its closeness from town and good road, day trips are popular especially for those who have little time to spend an overnight there. But it is recommended to spend atleast a night in Mikumi to enjoy a magical game drive in this beautiful park.