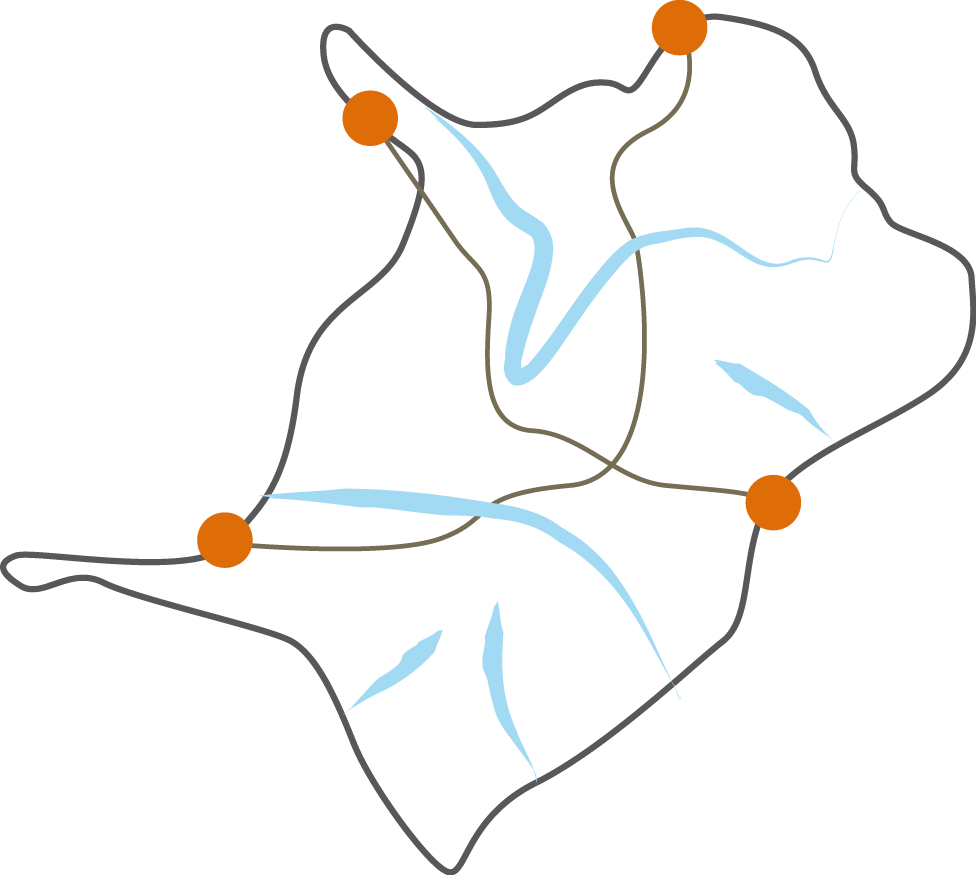 Mount Kenya is the second highest mountain in Africa (5199 m) after mount Kilimanjaro. The mountain was formed hundreds of years back due to a series of volcanic eruptions. Gradually with time, the cratered rim eroded forming several peaks. The mountain consist of three peaks; Batian (5199 m), Nelion (5188 m) and Lenana (4985 m). The only accessible peak is Lenana, which can be climbed by amateurs on a mountain safari climb. The other two peaks require full mountaineering skills and technical equipment. Mount Kenya was established in 1949 and covers an area of about 715 kmq, the forest reserve at the base covers other 705 kmq. The park was created to preserve the area’s natural outstanding beauty, conservation of its habitat, as a water catchment area and to encourage tourism, declared by UNESCO as world Heritage site. The park borders other parks; Aberdare, Samburu and Meru National parks. The park has three different identifiable areas: the higher rocky slopes around the iced peak, the thick clumps of bamboo growing above the forest, the moorland with heather, shrubs of heather, senac, proteas, eliccrisi and lobelia trees. The plain part is characterized by a series of rivers with rich vegetation. The park is about 180 km north-east of Nairobi and south of the equator. The local Kikuyu tribe call Mount Kenya “Kirinyaga” and consider it holy because it’s home of their supreme god Ngai. The park is rich in fauna and flora, the animals of the park include; elephant, buffalo, antelope, giant forest hogs, cape buffalo, potamochere, facoceri, white and black colobi, bongo and suni galagoni, genette tigrini, among others. The birdlife is rich; huge eagle, rollers, hornbills, secretary birds, kingfishers, bee eater, peter’s finfoot, and colourful sunbirds among others. The climate varies alot with the altitude and the temperature is cooler than most parts of the country. The best months to visit mount Kenya are january, february and september, and even in the other months except during the rainy season, from march to may. The peak of the mount is always covered by ice.