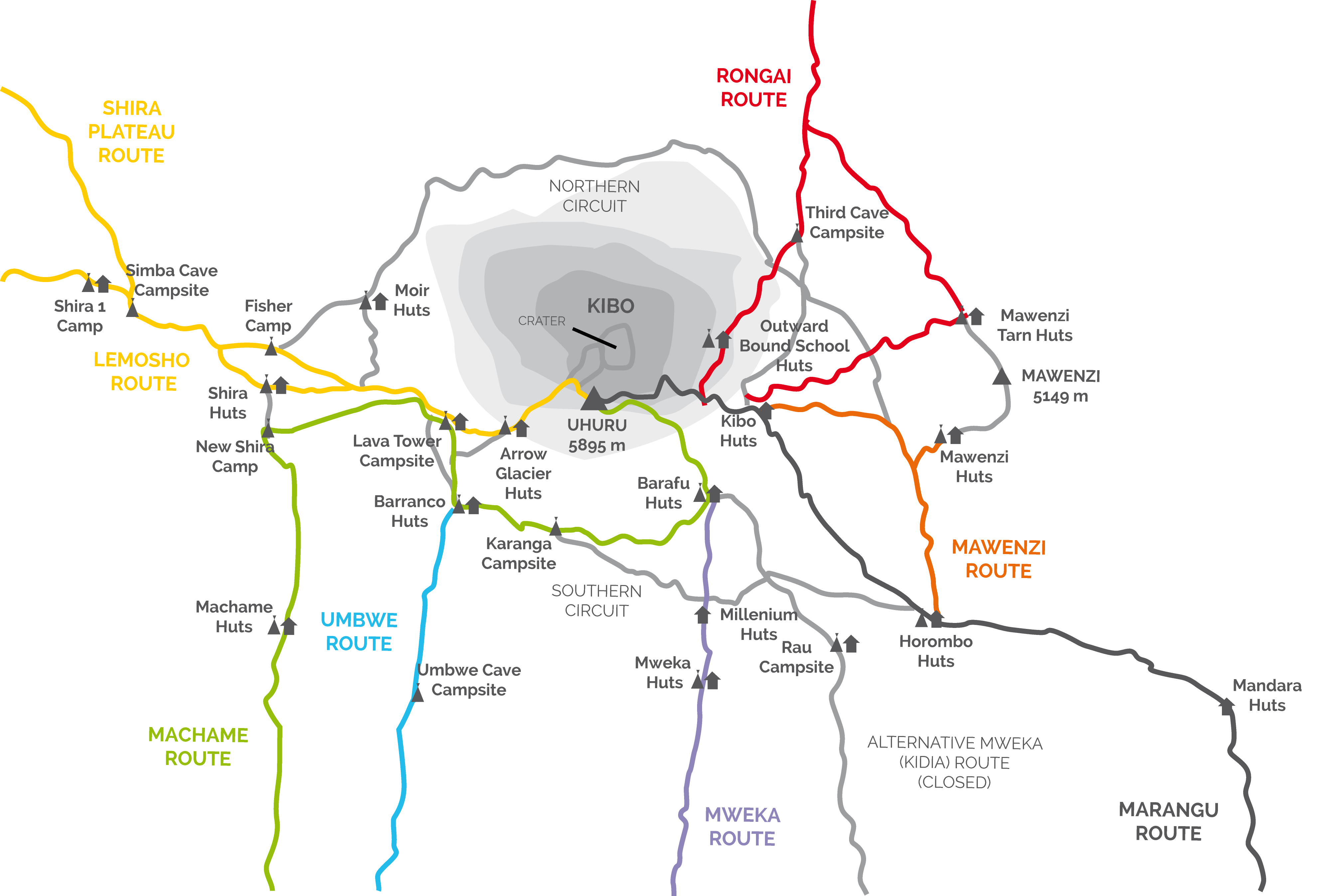 “As wide as all the world, great, high and unbelievably white in the sun was the square top of Mount Kilimanjaro”, wrote Ernest Hemingway of this african highest mountain towering 5895 metres above sea level. Situated near the town of Moshi in northern Tanzania and bordering Kenya, Mount Kilimanjaro rises from the dry plains, through a wide belt of forest and high alpine heath to an almost bare desert and finally the snow capped summit, Uhuru Peak. Just about 3 degrees south of the Equator, Mount Kilimanjaro is one of the world’s highest free standing mountains, The Mountain is composed of three extinct volcanoes: Kibo 5895 m (19340 ft), Mawenzi 5149 m (16896 ft), and Shira 3962 m (13000 ft). The ascent of Mount Kilimanjaro can be done from six different routes: Mweka, Umbwe, Shira, Rongai, Machame, and the Marangu Route which is the easiest and most popular. Depending on which route one wants to use, the climbing of Kilimanjaro can take between four nights to six nights on the mountain. The two most popular routes are Marangu and Machame. On the Marangu Route, accommodation is in alpine huts while on Machame Route is camping throughout. Expert guides and porters will accompany you on your climb, no technical equipment is required on these routes.