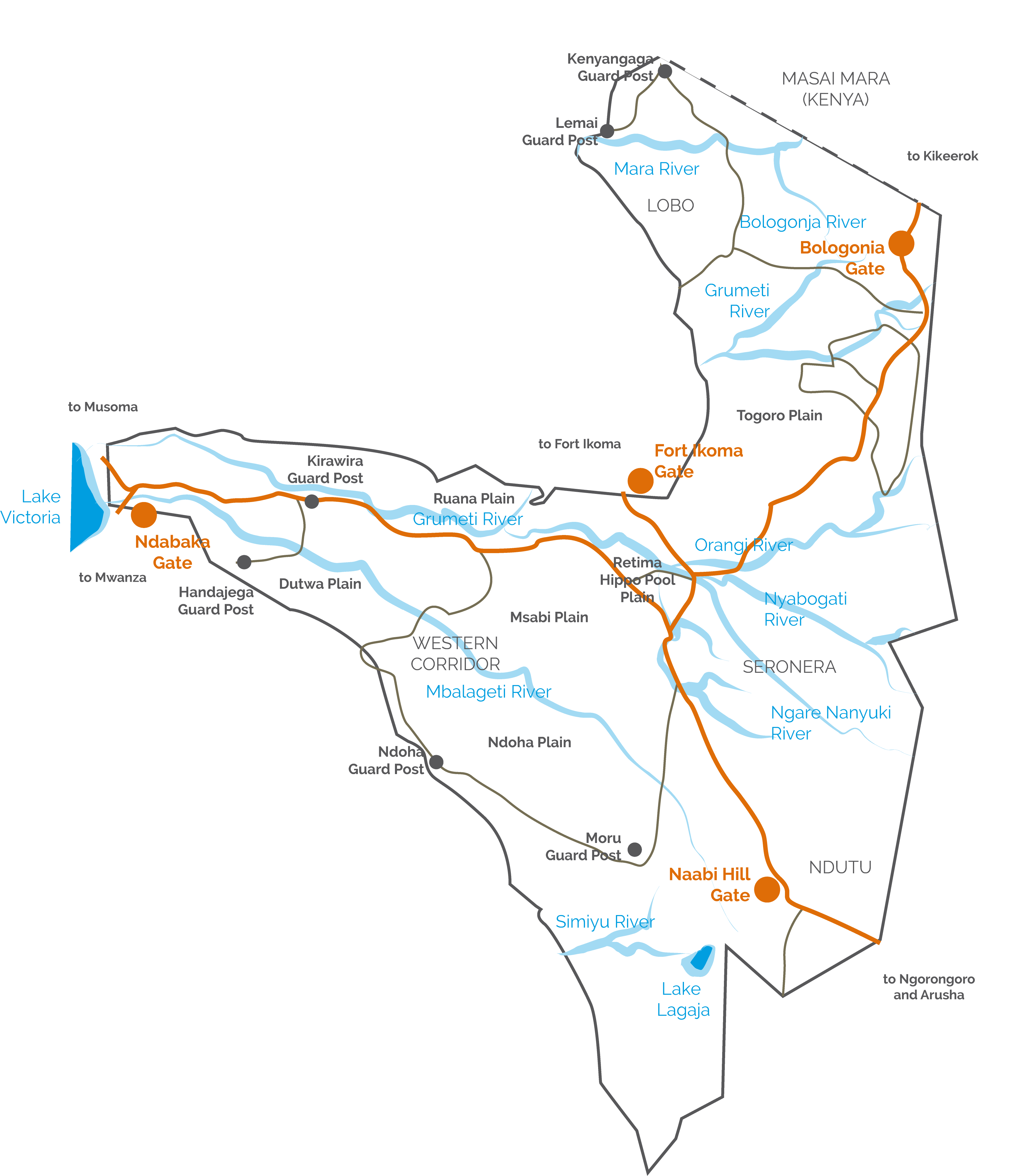 A World Heritage Site and recently proclaimed a “World Wide Wonder”, Serengeti National Park is undoubtedly one of the most famous wildlife sanctuaries in the world. Covering an area of about 14,763 sq km, Serengeti is the largest National Park in Tanzania. Located approximately 330 km on the northwest of Arusha, lying in a high plateau between the Ngorongoro highlands and the Kenya / Tanzania border, and extending almost to Lake Victoria to the west. Serengeti in Maasai language means “endless plains”, you immediately witness this vastness as you enter the south eastern plains of the park from Ngorongoro. The park was once a hunting reserve before declared a protected area in 1921 and gazetted as a National park in 1951 Serengeti is the oldest National Park in Tanzania, The principal features of Serengeti are the short and long grass plains in the south and east, the acacia Savannah in the central areas, the hilly and densely wooded areas in the north and the extensive woodland in the west. There is a variety of scenery, which include the plains, lakes, hills and the rock outcrops called kopjes. The main game drive areas in the Serengeti are the Seronera Valley, the Western Corridor, and Lobo or northern Serengeti. The Seronera valley in central Serengeti, endowed with permanent surface water, attract a large concentration of wildlife throughout the year. Common animals that can be seen here are lions, buffaloes, impalas, hippos, waterbucks, elephants, cheetahs and leopards. From december to april, southeastern Serengeti plains provide the best opportunities for game viewing as hundreds of thousands of the migratory animals concentrate in this part attracted by the short palatable grass. Between may and july, when drought sets in, Serengeti is the site of one of the most breathtaking events in the animal kingdom, the migration of thousands of wildebeest heading southwest, north or west insearch of water and green pastures. The Lobo area remains rich of wildlife during the dry months of august to november when most of the animals move from the grass plains into the south. This is also true of the Western Corridor towards Lake Victoria when the migration usually lingers in the area between june and july. Serengeti provides sanctuary to the highest concentration of plain animals in the area. A Survey estimate over 4 million variety of animals including lions, wildebeest, Thomson‘s and Grant‘s gazelle, zebras. There are also over 400 species of birds in Serengeti.

Ndutu is located in the Ngorongoro Conservation Area, in the southeastern plains of the Serengeti ecosystem. The plains around Ndutu are the main holding ground for migratory animals where vast herds congregate and linger for more than four months, from december to may, before they start moving across the Serengeti insearch of green pastures and water. Ndutu area forms an important part of the Serengeti ecosystem, in particular the short grass plains which provide calving grounds for wildebeest and other migratory animals.

The Olduvai Gorge, popularly referred to as “The Cradle of Humankind”, is the site where in 1959 Dr. Louis Leakey discovered the skull of Zinjanthropus or “Nutcracker Man” believed to have lived around 1.75 million years ago. Later reclassified as Australopithecus boisei, this creature had a big skull but with a small brain (500 cc) and huge teeth. Several months later Dr. Leakey found another fossil hominid in the same layer of excavation, called Homo habilis or “handy man”, smaller than the “Nutcracker Man” but with a larger brain (600 cc) and capable of making simple stone tools. Today Dr. Richard Leakey is the director of the Nairobi museum, in Kenya.