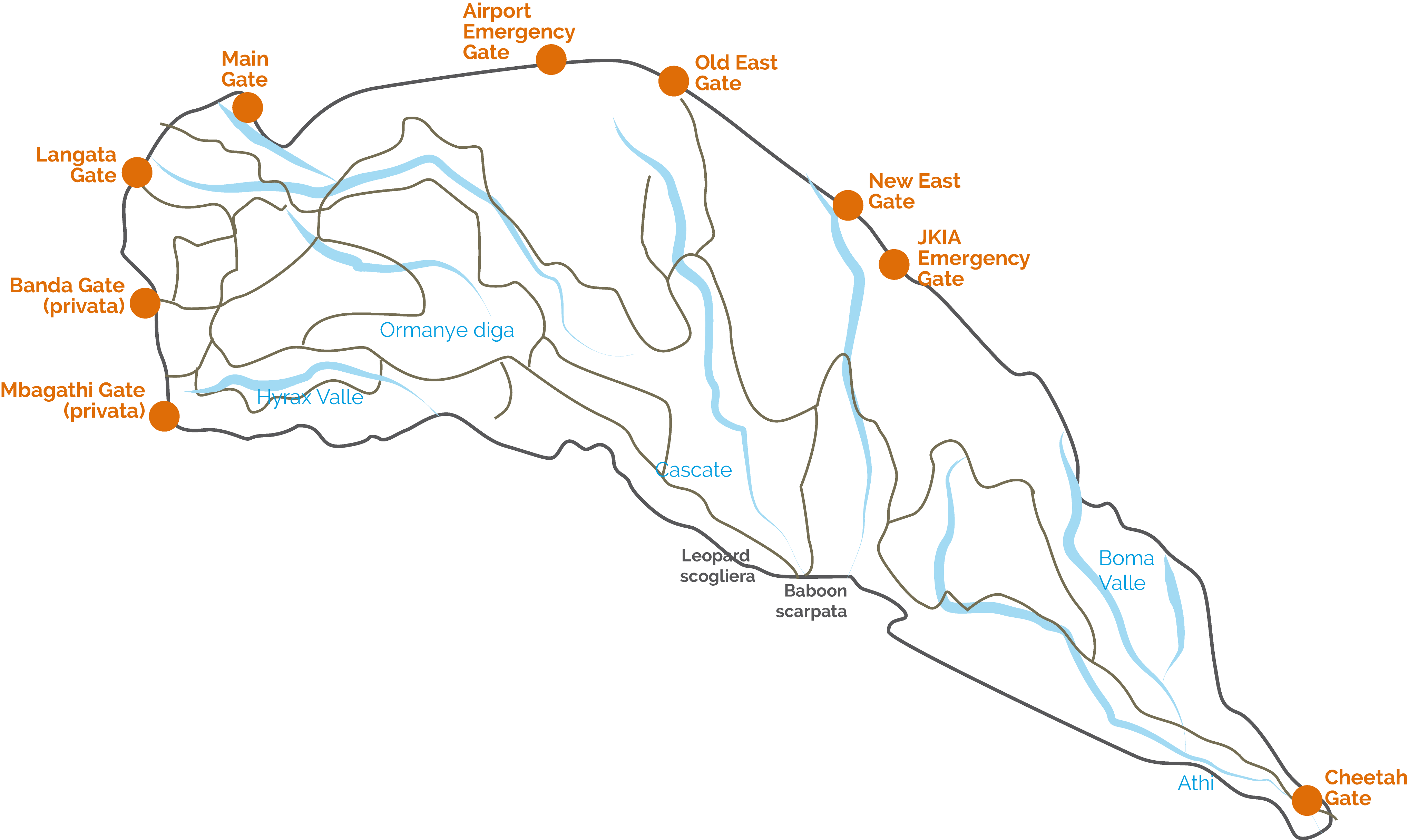 The Nairobi National Park is the oldest natural park in Kenya and unique park in the world bordering a city. Infact it is only 7 kms from the town of Nairobi, the capital city of Kenya with a population of over 4 million. The park was established in 1946 for the protection of the african animals, today Nairobi National Park is well known for its Black Rhino Sanctuary. The park covers about 117 kmq, and the landscape consists of acacia trees on the open plains, forest, steep gorges and lush vegetation along the banks of Embakasi river. Despite the fact that the park borders the city’s industrial area, it is home to lions, leopards, hyenas, buffalo, giraffes, elands, zebra, crocodiles, hippos, rhinos among others. There are no elephants in the park. Its closeness to the town sometimes results in conflicts with the nearby inhabitants. There are further more problems as the development continues and the air pollution from the nearby industrial area increases. Part of the annual wildebeest and zebra migration takes place here between july-august and december-february when over 1 million animals migrate insearch of water and grazing. With over 400 different species of birds, the park offers a good place for the Bird Watching lovers. Its closeness to the city makes it accessible to many people who want to experience a safari without having to travel and stay overnight elsewhere.