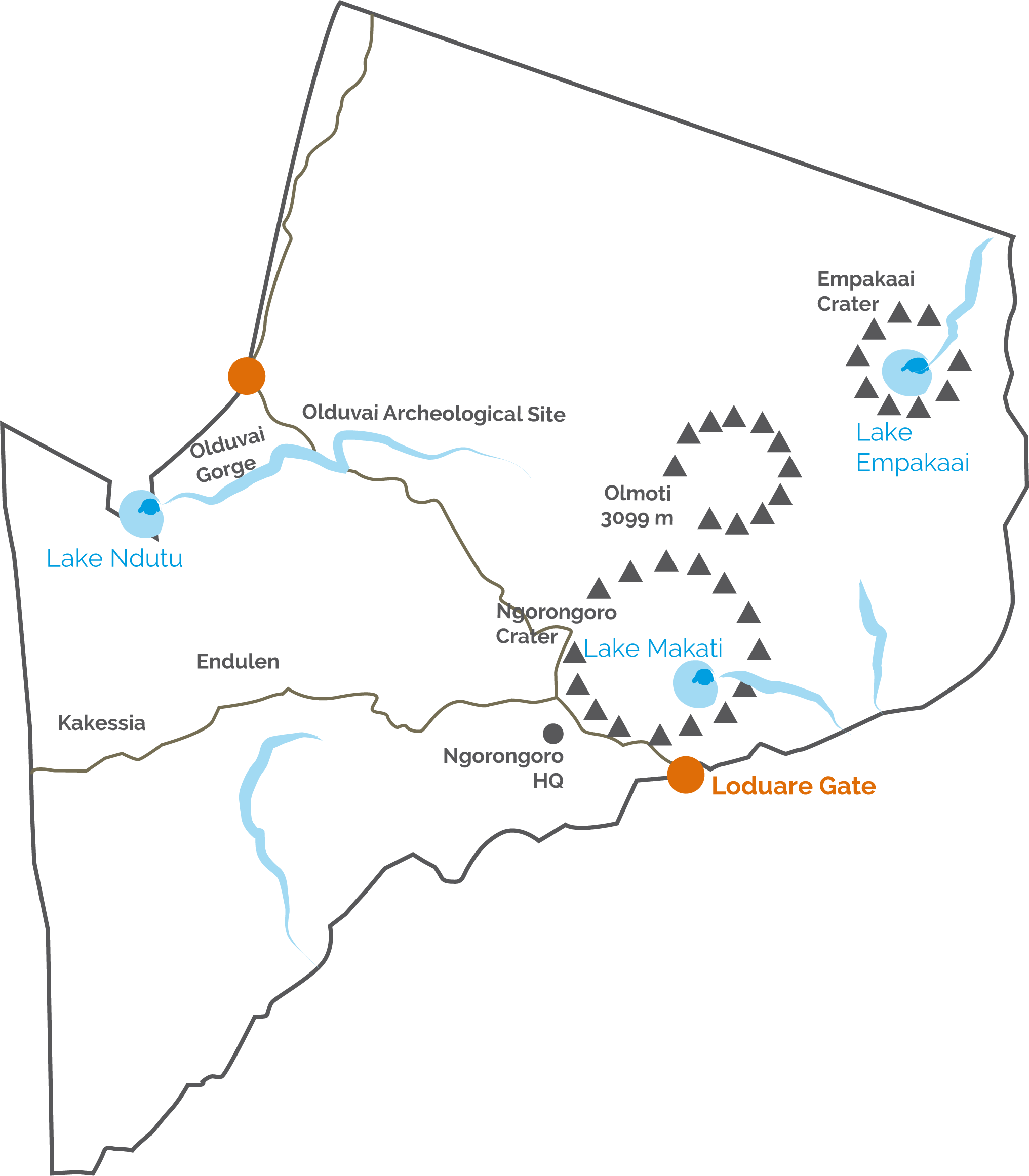 A UNESCO protected World Heritage Site and an International Biosphere Reserve, the Ngorongoro Conservation Area is situated about 190 km west of Arusha, between Lake Manyara and Serengeti National Parks. Covering an area of approximately 8288 square km, the Ngorongoro Conservation Area consists of the Ngorongoro Crater itself, the Olduvai Gorge and Ndutu, the Empakai crater and the Oldonyo Lengai Mountain. The Ngorongoro Conservation Area is a pioneering experiment in multi-purpose land use where people (the Maasai), their livestock and wildlife coexist and share the same protected habitat. Wild animals are protected as in the National Parks. The craters of Ngorongoro and Empakai are reserved exclusively for wildlife, while the rest of the Conservation Area is shared by wildlife, people and livestock. The Maasai, the main residents of Ngorongoro, are pastoralists who move widely with their herds of cattle, sheep, goat and donkey insearch of pasture and water. In recent years the Maasai have been encouraged to work on the land and supplement their traditional diet of milk and meat. The Ngorongoro Crater, which is the central attraction in the area, is the largest Caldera in the world that has its walls intact. The Ngorongoro Crater floor, a sheer drop of 610 metres below the crater rim, has an area of 304 sq. km, with a diameter of 19 km. The sight of the Ngorongoro Crater is simply stunning. “There is nothing with which to compare, It is one of the wonders of the world ” wrote Professor Bernard Grzimek. The crater floor is home to many animals; including wildebeests, zebras, gazelles, elands, and a large number of predators; lions, hyenas and jackals which can be viewed at close distance. The rare black rhino can also be seen here and if you are lucky, you can see cheetah and leopard. The rainy season is between november and may. The altitude at the crater rim is about 2286 metres above sea level, and temperatures can get quite chilly in the evening, especially between may to september. 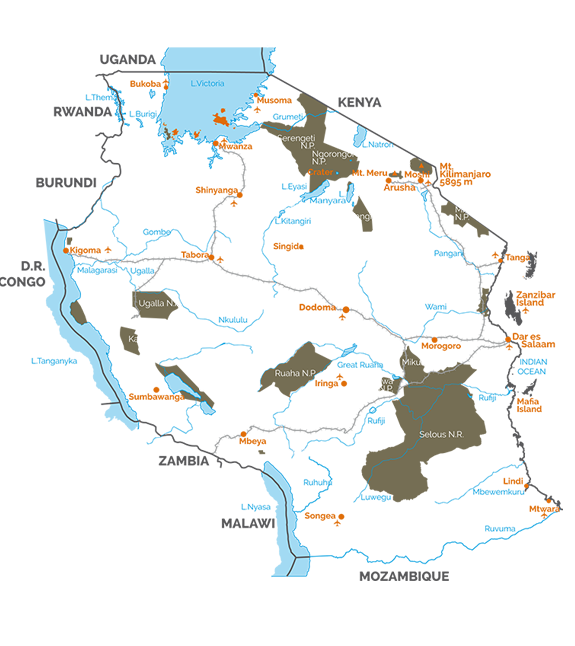