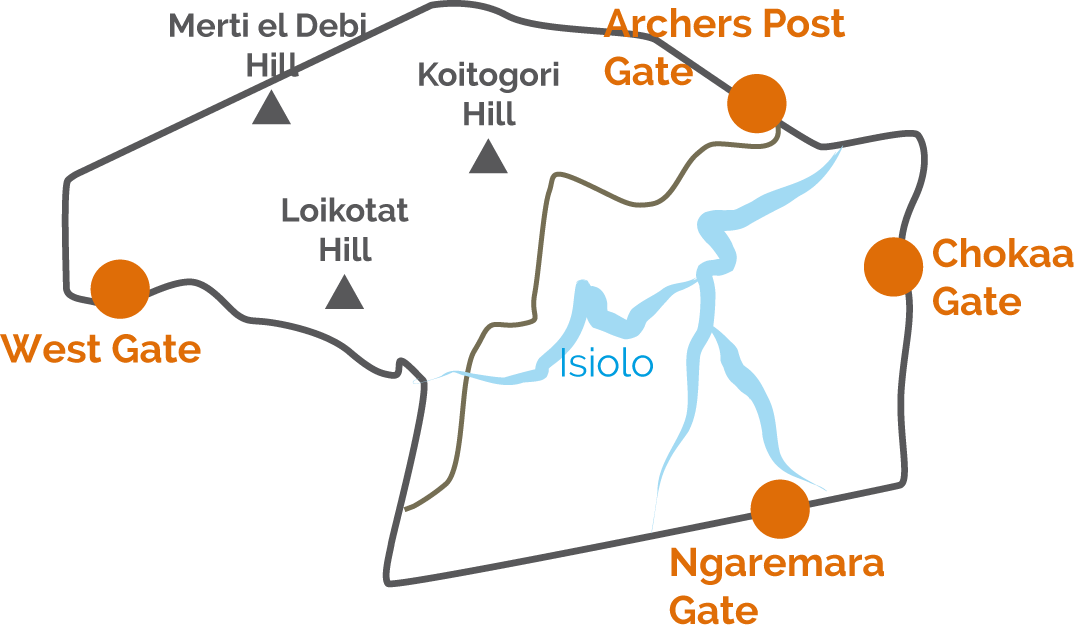 The Samburu National Reserve is located in the Rift Valley province, about 350 km from Nairobi, covering about 104 kmq. The park is found in an altitude between 800 m and 1200 m above sea level. The park takes its name from the local tribe who for many years live in the area, the Samburu people who are known for their nomadic way of living. The topography of the park is rugged and semi-desert with big acacia trees, thorn tree, palm, marshes, bushy and rocky surface. The Ewaso Nyiro river that starts from the Aberdare mountains cuts through the park, encouraging the presence of many african animals with its abundance of water and green pasture. The river hosts a huge population of Nile crocodiles and Hippos. The reserve has permanent water throughout the year and is famous for its rare species of animals; long necked gerenuk, Grevy’s zebra, beisa onyx, reticulated giraffe among others. There are also other animals in the park; cheetah, lion, elephant, buffalo, hippos, leopard, eland, impala, dik dik, zebra among others. There are no rhino in the park. The fauna is wide,there are over 350 bird species registered in the park, making it a paradise for bird-watching lovers; kingfisher, marabous, guinea fowl, somali ostriches among others. The Samburu reserve was one of the areas where the conservationists George and Joy Adamson raised Elsa, the lioness. The story was made famous by the bestselling book and award-winning movie “Born Free.”